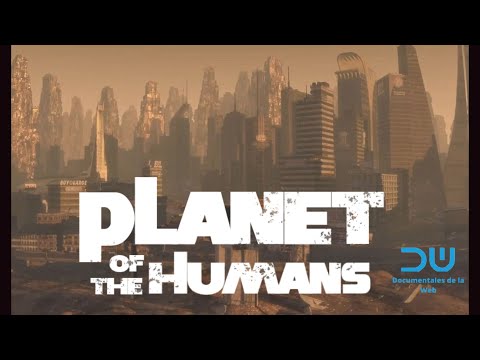 Planet of the Humans is a 219 American environmental documentary film written, directed, and produced by Jeff Gibbs. It is backed and promoted by Michael Moore, who served as the executive producer. Moore released it on YouTube for free viewing on April 21, 2020, the eve of the 50th anniversary of the first Earth Day.

A conclusion of the film is that green energy cannot solve the problem of society’s expanding resource depletion without less consumption, which is by definition unsustainable given that the Earth is finite.[clarification needed] The film argues that renewable energy sources, including biomass energy, wind power, and solar energy, are not as renewable as they are portrayed to be. The film has generated controversy and been criticized as partially outdated and misleading.

The film was temporarily taken down from YouTube on 25 May 2020 in response to a claim of copyright infringement. The takedown was challenged and, twelve days later, YouTube removed the restriction, allowing the film to be viewed again on Moore’s channel.[8] The filmmaker argued that the fragment was used under fair use and that free speech was subverted.

The film uses footage of a solar field that is up to a decade old, which may give a false impression of the maturity of the technologies in the present day. One field of solar panels the documentary shows operates with 8% efficiency of sunlight conversion, which is below the typical 15-20% efficiency of newer solar panels as of 2020.

Attending the launch of a General Motors electric vehicle, an interviewer discovers that the car, being recharged to demonstrate how electric cars are recharged, is being powered from a grid which uses 95% coal, which is not reflective of power grids average, just over 60% fossil fuel in 2019.

A pie chart is shown in the film with total battery storage compared to yearly energy use, which is a factor of a thousand higher. The filmmakers suggest that this amount of energy storage is needed to make sure the intermittency of renewables does not lead to power outages. In reality, battery storage is only part of solving intermittency, and using a mix of different energy sources reduces the need for batteries.

The film claims the carbon footprint of renewable energy is comparable to fossil fuels when taking into account all different stages of their production. However, a large body of research shows the life-cycle emissions of wind, nuclear, and solar are much lower than fossil fuels.

In a letter, filmmaker and environmental activist Josh Fox and academics including climate scientist Michael Mann have asked for an apology and a retraction of the film. They claim the film includes “various distortions, half-truths, and lies”, and that the filmmakers “have done a grave disservice to us and the planet by promoting climate change activist tropes and talking points”.

A Comedian’s View on Postmodernism